It has a strong message about protecting God’s people, a vision God gave me when searching for the truth.

About the founder Jose Oscar Salinas of UCJ ministries

In 2003 and 2006, I spent eight months in Jerusalem, searching for truth. I realizing people don’t know what the Bible says, that happened in the first and second temples. Especially what’s about to happen when they build the Third Temple. And God gave a verse in my dreams, Isaiah 6:8

I Heard the Voice of the Lord, Saying:

Whom Shall I Send…? And who will go for Us?

I sold my business and promised God to help the Jewish people searching for the Messiah, and decern between true Christians who are willing to stand with them, while false Christians want to deceive them. By setting up an image inside the third coming temple. I encourage them to build it, and let’s see the Glory of the LORD, protect them because scripture says the Revived Roman Empire will attack them in the last days. Yet, the book of Haggai 2: give them hope by saying, there will be peace in this place if they consider their ways and trust in Israel’s true living God. And He will send His Christ (Jesus) to deliver them from their enemies. Then they will believe God sent him. 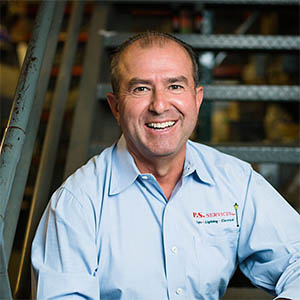 and Founder of UCJ

I will help both Judeo & Gentile Christians stand fast in the word of God of Israel and expose the false Christians who are planning to deceive them in the Last days.

I will help the righteous Jews who are loyal to God, searching for the Messiah. And not allow false Christians to deceive them.

Some dream and do nothing, while others pray and test God if they might come true. I am preparing to travel the world….

O’LORD God of Abraham, Isaac, and Jacob. Let it be known this day that You are our LORD God, the God of Israel for both Jews and Christians. and I am one of Your servants who wish to teach the truth. And that You have called me to help turn their hearts back to You again, By teaching the truth and exposing false teachers before the Great and Awesome Day of the LORD. Come quickly LORD, and thank You for sending Jesus to remind us that you alone are God, and Jesus is your Son who shall rule and teach us Your ways, in Your Everlasting Kingdom, and you will dwell in the midst. We’re Ready for You…